Notes from the road: Anaheim, CA

The morning after the Anaheim concert, a friend and fellow fan texted me. If Oakland was a “happy” show, he wondered, had Bruce Springsteen delivered an “angry” one in Anaheim?

Going solely by songs played, including four selections from Darkness on the Edge of Town, one could argue that point. Add one Tom Morello, and another Mike Ness, and you may be running in the red. Their guest performances pushed Springsteen all night. But what stood out in Anaheim was complexity: the concert had a little bit of everything, from Springsteen explaining the genesis of “Long Time Comin’” to the holiday cheer of “Santa Claus is Coming to Town” to a truly inspired version of “Badlands.” And for a show with breadth, it cut deep, too. The transition to solo acoustic mode (for “Long Time Comin’”) and back to rock mode was seamless. Whatever groove Bruce found himself in afforded terrific range on this night.

Los Angeles got a single show this time. That’s a rarity, something last seen a decade ago when Springsteen played the Forum. Even 1990’s Christic Institute Benefit Concert got a second night. In Anaheim, Springsteen would have to lay it out for an audience accustomed to seconds. That may partly explain the variety of the performance and the length of the show — it was a long one, right around three-and-a-half hours.

“Jungleland” was remarkable: for many, it was the first time hearing it without Clarence Clemons, something I had little interest in when this tour began. But Jake Clemons plays his uncle’s parts with such love and reverence, and the performance was memorable for another reason as well: Springsteen has upped his own investment in the song. My friend Erik Flannigan writes about how Springsteen sang the last verse (and he’s on the money with his observation). But I found Springsteen’s vocal delivery throughout to be more powerful than it has been in recent years, almost like he went back and thought about how it ought to sound relative to the music underneath. For a tour brimming with such je-ne-sais-quoi elements, here’s another.

But I’m still trying to resolve the whole angry/happy element, and whether it applies to this show. No question, Springsteen stocked the set with some of the hardest-hitting songs he has, whether “Darkness on the Edge of Town” or “This Depression.” It seems incongruous to file this show under “angry,” because it was so much more. And Springsteen appeared anything but angry. After all, he was playing close to the Happiest Place on Earth. 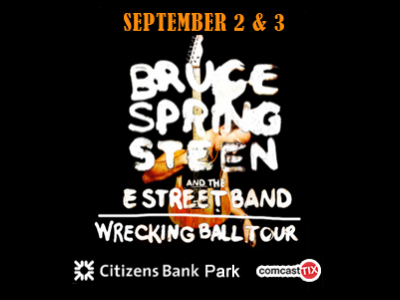