A week after their previous show in Louisville, and now on the other side of Election Day, Bruce and the E Street Band took to the stage for the first of two nights in the Twin Cities. As in Louisville, Springsteen made no openly political comments from the stage, despite his rallies with the newly-reelected President Obama in between band gigs. This St. Paul concert opened with “We Take Care of Our Own,” harkening back to the tour’s early days. More recently, Wrecking Ball tour stops have had surprise openers night after night, practically a roulette wheel of rarities; “We Take Care of Our Own” still works very well, however, as opening salvo and mission statement. The tempo seemed faster than usual, sounding like they were just itching to get out and play after eight days off.

The high energy continued through the first several songs. “Out in the Street” featured Bruce’s first trip to the small stage between the pit and the back GA section, as crowded a floor as I’ve ever seen at a show. “My City of Ruins” had Bruce joking in the intro about two local streets being named in his honor — Springsteen Road, and E Street — but just for the weekend. “Two streets named after us. Today! Not tomorrow! We’re playing tomorrow, too! They want to honor us… but not too much!”

The trio of “Spirit in the Night,” “It’s Hard to Be a Saint in the City,” and “Hungry Heart” kept the energy level high, the audience really eating it up as Springsteen crowd-surfed during “Hungry Heart.” He might have lost the crowd a little with “Jack of All Trades” — a slow burner from Wrecking Ball that formed another connection back to the early shows on the tour — but he got them right back with “Atlantic City.”

What followed was a moment of magic as Bruce collected signs from the audience and became excited with one on orange stock. As he showed the request to the band, he laughed that not only had the band never played this before, but he could see fear in their eyes as they were confronted with “Savin’ Up.” Truly a stunning selection, Springsteen wrote the song for Clarence Clemons’ first solo album way back in the early ’80s but has never released his own version of the song, let alone played it on tour. Bruce walked the back-up singers through it briefly: “Savin’ up,” he sang… “That’s pretty much it!” Then he took the horns through their steps, and then some direction for the band. But by the time it was done, you would never have guessed they had never played it before, and Bruce grabbed the sign and tore it in half as if to say, You can’t stump the E Street Band!

A raucous “Open All Night” really got the crowd going again as they headed down the stretch. Highlights included a very fun “Darlington County” with Nils joining Bruce on the middle stage, and a surprise “Long Walk Home” from the Magic album. While the performance did not have the extra touches of the 2007-08 tour (like Little Steven’s soul singing at the end) “Long Walk Home” was a powerful lead in to “Badlands” and the “Thunder Road” set closer. It is very safe to say the entire crowd knew all the lyrics to “Thunder Road.”

Starting the encore, Bruce saw another sign in the crowd that grabbed his attention, and because “Love is in the air,” he offered up an impromptu, solo-electric version of “If I Should Fall Behind.” “Rocky Ground” was yet another callback to the original Wrecking Ball tour set before Bruce and the band fired up the encore with a string of high-energy crowd favorites. “Rosalita” came out for the fun, with Bruce breaking out some Gangnam-style dance moves. On “Dancing in the Dark,” an 88-year-old fan got the chance to dance — on her birthday, no less — with Bruce and Little Steven before the show wrapped up with “Tenth-Avenue Freeze-out” at the three-hour mark. 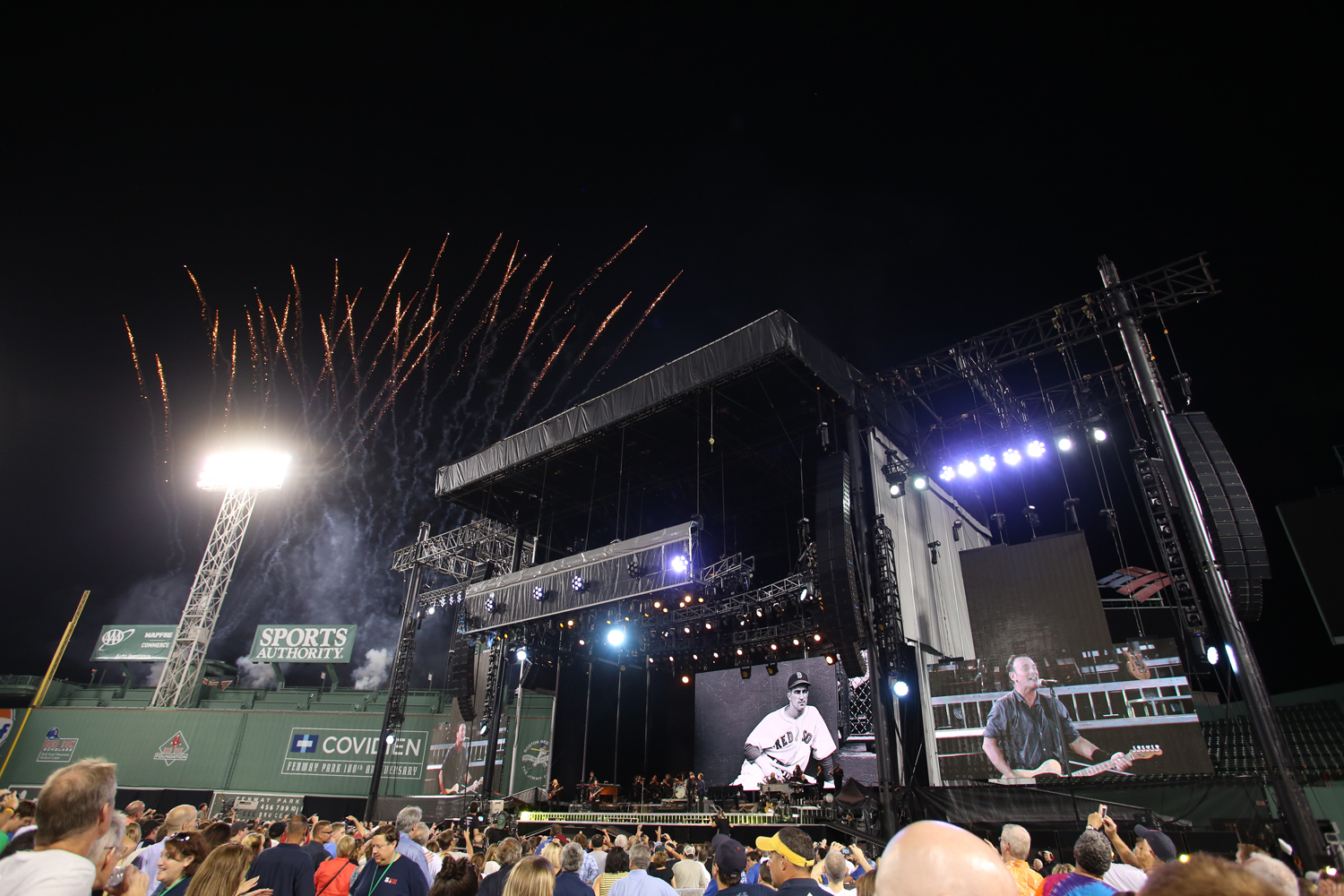 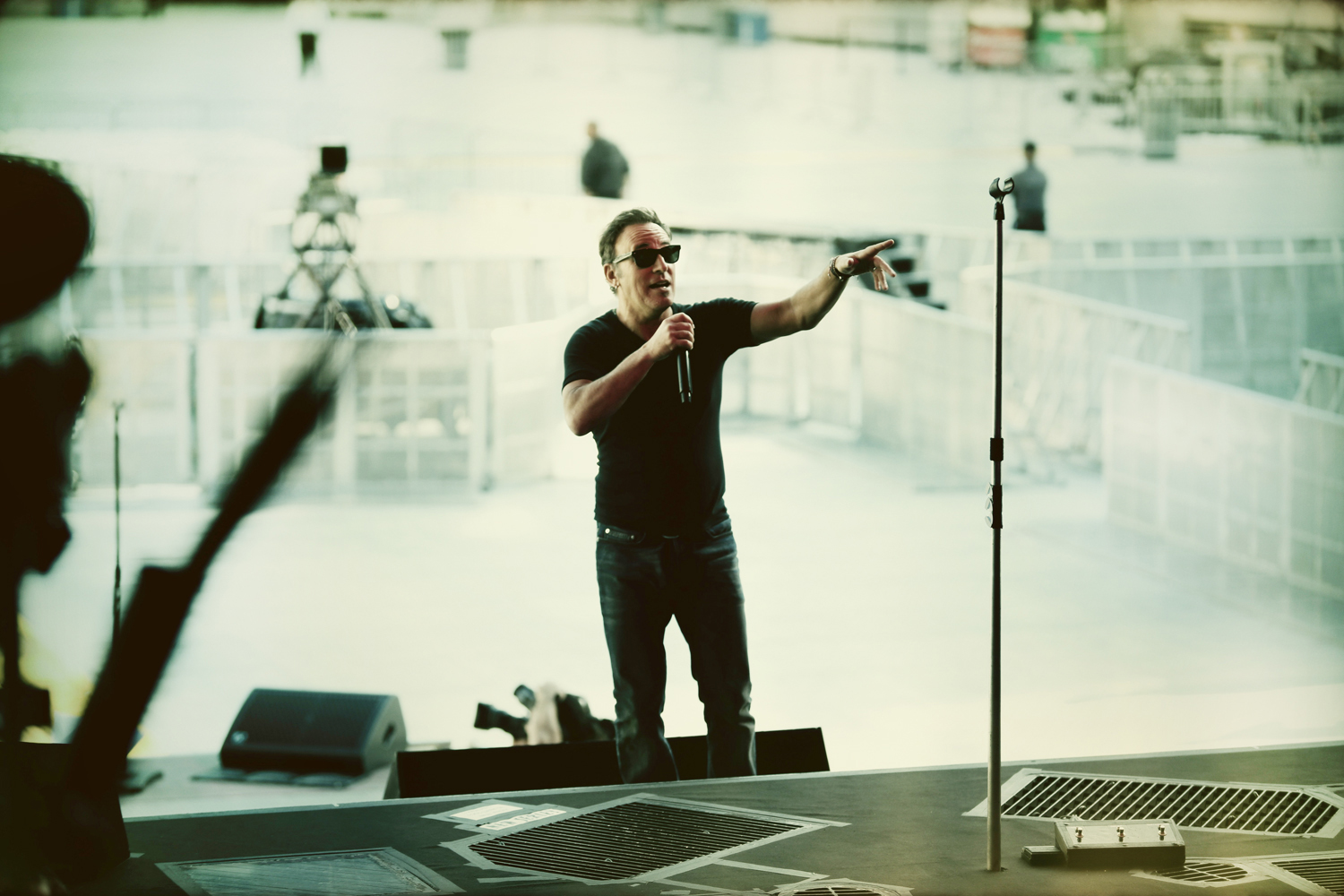 Notes from the road: Night 2 in East Rutherford, NJ