Notes from the road: Adelaide #2

Adelaide. Round two. It’s hot. It’s damn hot. It’s so hot I saw two trees fighting over a dog. The only foreseeable relief is the air-conditioning at the entertainment centre. As the house lights dim, Bruce Springsteen speaks for us all. ‘I thought it was hot yesterday,’  he says as he hits the stage ‘… what the fuck is going on!’

Then comes the most perfect opener you could imagine: Bruce Springsteen and the E Street Band tearing it up with a sublime cover of Martha & The Vandella’s “(Love Is Like A) Heat Wave“. From Bruce’s vocal, to the horn lines and the Motown-style backing, it was absolute magic and was followed by the Australian Tour debut of Jackson Cage.

Maintaining the tour de force mood, Bruce kicked into a muscular “She’s The One” that featured Springsteen’s diver-bomber rockabilly-esque guitar licks. Then came a gorgeous reading of Backstreets. If you were looking to be spell bound, well, you came to the right place.

The guitar wattage was amped up a little as the band hit a groove for “Cover Me. The song peaked with Bruce and Nils trading high-octane licks. Nils pirouetted and Bruce gave a twirl a whirl himself.

“High Hopes” went a little ‘jazz’ in the intro and then morphed into a powerhouse: a rousing “Just Like Fire Would” rounded out the new album double shot.

By the time Kevin Buell caught Bruce’s guitar, “Hungry Heart” was in full swing. We sang the opening verse and then Bruce brought it home. He managed to borrow a red felt hat and crowd surfed his way back to centre stage.

Grabbing a sign along the way that read ‘This lesbian has better days when she hears Bruce’, Springsteen obliged and led the band through another Australian tour debut, “Better Days“.

Taking another sign out of the audience, “The Promise Land” was next. Then came a tender take on “The River” and, as the stage was back lit, a stunning rendition of a genuine modern masterpiece, “American Skin (41 Shots)”.

“Long Walk Home” – Bruce’s flawless meditation on alienation – was played with gusto and followed by the Pay Me My Money Down challenge, designed to get an Australian ass to tell the Australian brain to ‘shake me’. Bruce wins the bet every time. Sister Soozie sounded great on violin, as did Charlie on accordion and the Revered Everett on washboard: it’s another fair bet that the DNA of New Orleans lives in the horn section.

We were treated to a stellar “Shackled And Drawn” that seemed to out do every other version we’ve heard on tour. Bruce obviously felt something special was happening as he gestured for Cindy Myzell to sing and sing … knocking the room out with their combined soul power.

“Badlands” brought the main set to a close, and was followed by a jaw dropping “Hunter Of The Invisible Game“. In a way the song felt like a natural precursor to “Jungleland“, which, apart from Bruce’s vocal performance, showcased the virtuosic, Roy Bittan, a mighty lead part from “Little Steven” and a solo from Jake that dug deep.

As “Born To Run” put the crowd on their feet, it was followed by “Raise Your Hand” which saw Bruce drop to his knees before literally breaking one of Roy’s keyboards as he stood atop his piano drenched in sweat. Hilarity, particularly from Bruce, ensured.

“Dancing In The Dark” featured a flotilla of dancing girls, while “Tenth Avenue Freeze Out” saw Bruce give virtually all the petrol he had left in the tank. A run around the venue before collapsing on stage only added to the dramatic effect of this soul inspired classic. Then, before you can say John Fogerty, Bruce turns the venue into a very large bar for a rollicking, “Rocking All Over The World“.

Returning alone to the stage, he offered a bare “I’ll Work For Your Love” before taking the audience on a moving ride along “Thunder Road“.

Adelaide. It was hot. It was damn hot. And, to borrow a phrase, Bruce and the E Street Band set fire to this town. 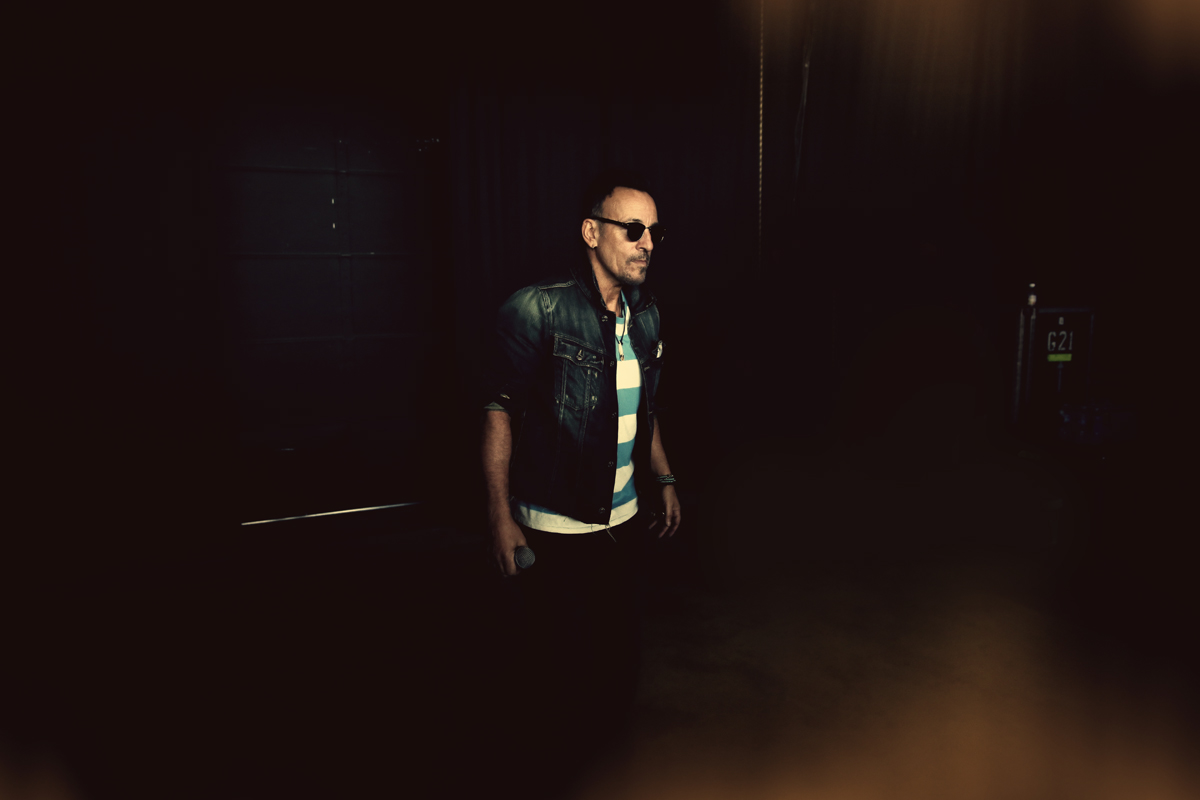 Notes from the road: Cincinnati