Notes from the road: Cape Town #2

For all the banners, screams and adoration that filled the Belville Velodrome last night, it was the unparalleled power of the song to move our minds, our spirits, our souls and our hearts that took centrestage at Bruce Springsteen’s second sold-out show in Cape Town.

In a repeat of the opening show on Sunday, a cover of the anti-apartheid anthem, The Special AKA’s  “Nelson Mandela” announced the arrival of Springsteen and the E Street Band on stage and was swiftly followed by “”No Surrender”.

“We learned more from a 3-minute record, baby/Than we ever learned in school” goes the song off Born In The U.S.A., and as Springsteen and the band worked their way towards the final, truly memorable (and unaccompanied) “This Hard Land” some three hours later, you couldn’t help but feel that these lines cut to the heart of why the American is still breaking new territories, travelling thousands of miles to give fans their long-awaited first live experience of a musician most have loved from afar, for over three decades.

Springsteen is using his first-ever South African shows (which include another in Cape Town tonight and a stadium show in Johannesburg Saturday) to kick off his global High Hopes tour so it was especially gratifying when the album’s title song launched itself like a missile into the audience, boosted by a wild, jagged burst of guitarwork from Tom Morello.

It wasn’t the only showstopper from Springsteen’s newest record.

A cover of The Saints “Just Like Fire Would” got its first High Hopes workout, the brass section burning a flame to take the song further than the recorded version. Written by the great Australian songwriter Chris Bailey, it’s said, as a homage to Springsteen, the respect was fully paid back to a critically lauded but publically ignored band mostly remembered for its one Punk classic “I’m Stranded”.

Another high point – midway through the set – was “Spirit in the Night” off Springsteen’s 1973 debut (Greetings from Asbury Park, N.J.).  Was it meant as a nod to the role of South African-born Manfred Mann and his Earth Band in taking the song to Top 40 status? Perhaps not but it was at this point in the show that Springsteen really began engaging with the audience, cracking them up with a reference to the effects of swimming in the cold Atlantic in Cape Town (“I haven’t seen my balls for a day-and-a-half”).

As expected for a first-time audience, their palpable desperation for the big songs was rewarded in the encore with “Born in the USA” coming on with a seering intensity, sharpened by Steve Van Zandt’s singular presence, and “Born To Run” (like “Darkness on the Edge of Town”) showing how little time has diminished Springsteen’s vocal strengths. But Springsteen wasn’t going to let the crowd go without a moment that again put the power of a song up front, this time with a warm, moving reflection on Pete Seeger and a stirring interpretation of “We Shall Overcome”.

High Hopes’ second South African show made a convincing case for Springsteen and the E Street Band’s standing as the world’s most powerful transmitters of rock ‘n roll; of its fun and its substance, its malleability through fresh arrangements, and it ability to tell both a personal story (“Tenth Avenue Freeze-Out” now more of a requiem for departed members than an anthem of a band at its start) and a universal one; and of how it can be both elegant and edgy, as the 64-year-old’s stage dive and the handle-with-care delivery of the revelers returning the Boss to the stage he commands, fittingly revealed. 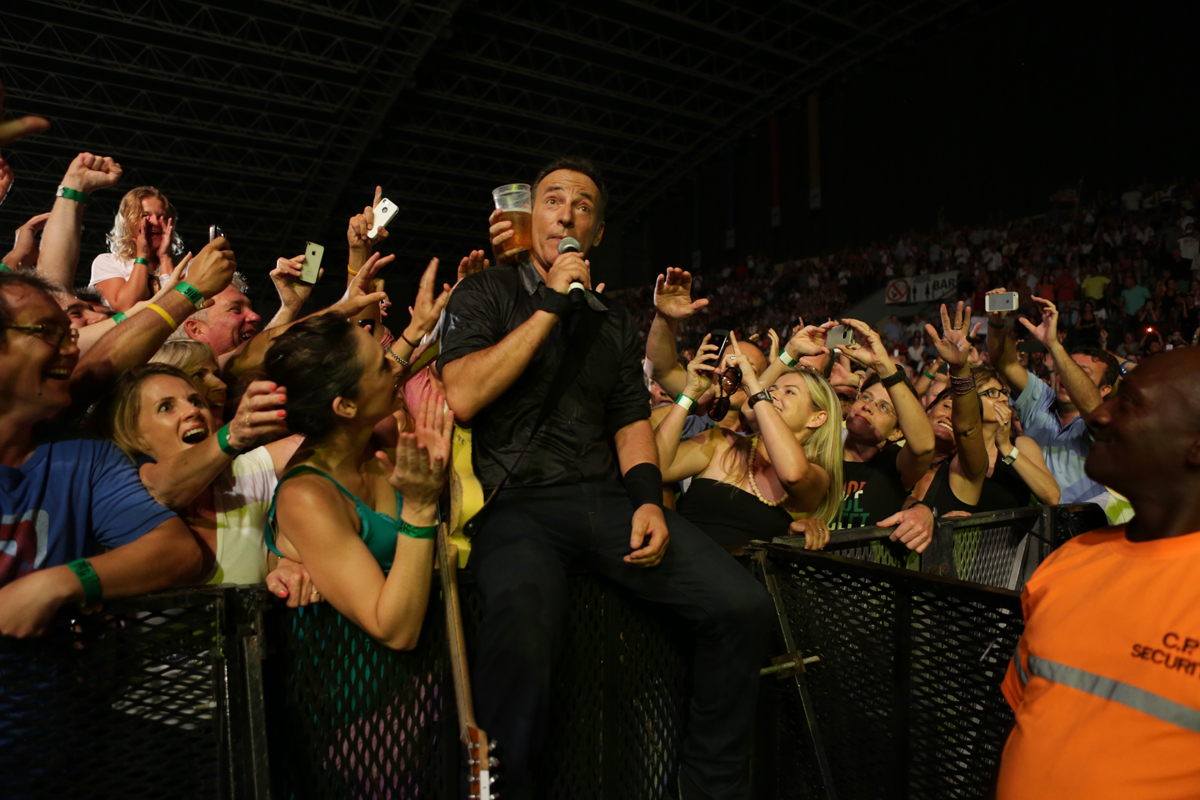 Photos from the road: Cape Town #1

Notes from the road: Hunter Valley #2 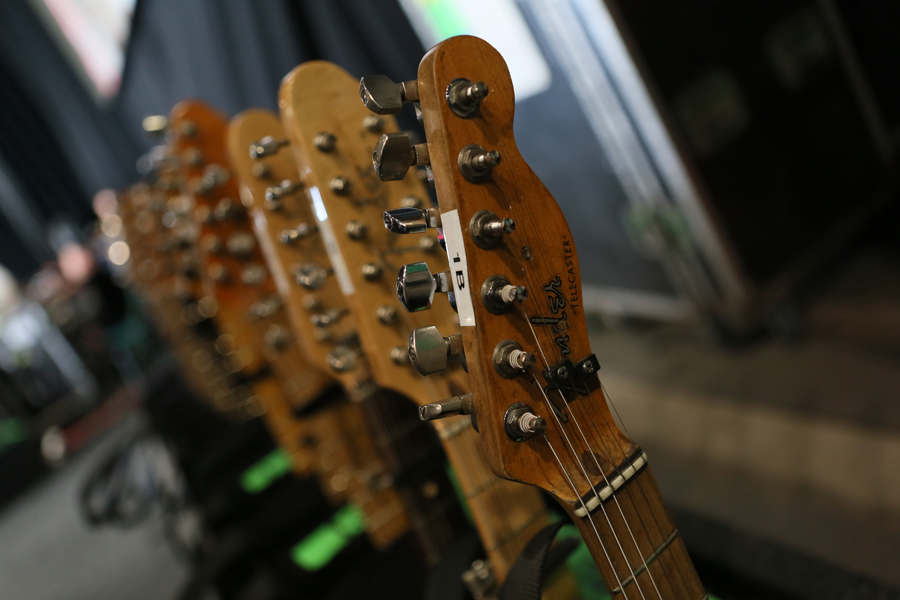 Photos from the road: Houston May 6