Notes from the road: Nashville

The first “moment” of every show has become a question: does the host city get a special song relevant to the region?  With its rich musical history, Nashville would have been an obvious choice to receive a unique opener; instead, Bruce opted for the basic out-of-the-gate option, the title cut from High Hopes. But while he may not have had honky tonkin’ on his mind, the show in Music City was filled with special moments. “High Hopes” was followed in rapid succession by a trio of songs that showed that Bruce came to Nashville ready to rock — “Badlands,” “No Surrender,” and “Death to My Hometown” — and the crowd-surfing exploits of “Hungry Heart.”

A sign in the front of the pit stated that the concertgoer had traveled 400 miles to ask the city of Nashville one question.  Bruce handed his microphone over to the signholder, who sang boldly, “Can you feel the spirit?” With that sign proving a success, after “Spirit in the Night” Bruce took a large collection of signs and sorted through them, looking for the next number.  Not finding what he wanted, he went back to the crowd for yet another sign, which led to the next special moment: a version of “Burning Love” complete with numerous Elvis moves and poses thrown in.

On a roll now, Bruce went into the seats stage left for yet another sign, coming away with not only the next song, but a backup singer as well.  A young girl, maybe 10 or 11 years old, had a sign for “Satisfaction,” complete with the Rolling Stones logo.  Not only did she get her request played, she shared a mic with Nils, contributing backing vocals and tambourine. She returned to her seat with the tambourine as a souvenir.

Springsteen being an expert at shifting the mood, soon we were out of classic rock ‘n’ roll rave-up territory and into something more contemporary and intense for more special moments: guitar solos from Tom Morello and Nils Lofgren on “American Skin (41 Shots).” More understated than his trademark flourishes on “Because the Night,” which followed two songs later, Nils’ solo on “American Skin” particularly fit the mood of the song.

The double-shot of “I’m on Fire” and “Downbound Train” was yet another special moment.  Played in the reverse order than they appear on Born in the U.S.A., the songs still appeared as two parts of the same story. And lest things get too dark, in came “Waitin’ on a Sunny Day,” this time with a choir of little girls up from the crowd to sing, presided over by kindergarten teacher Mr. Springsteen.

However, the best moments of the evening were still to come. Springsteen encores are typically loud, boisterous affairs, filled with his most well-known hits. But the encores started last night with the elegiac “The Wall,” dedicated to “Brian” (presumably Brian Fallon of The Gaslight Anthem, who was in the house and who had previously expressed an interest in covering the song). The haunting memories of the soldier killed in Vietnam hushed a great crowd at the Bridgestone Arena.  Bruce then doubled down on this mood, following up with a somber reading of “Point Blank.”  The catharsis came in the form of the first version of “Born in the U.S.A.” performed in the United States since November of 2009.

This trio of songs, so atypical of a standard Springsteen encore, worked together to build a specific mood, making the impact of each song greater than if each had stood on its own.

Perhaps recognizing what he had asked of the crowd at the beginning of the encores, Bruce waved off the pump organ which had been set up for “Dream Baby Dream,” opting to close the show instead with a lovely acoustic “Thunder Road,” a reward for an attentive crowd that shared many special moments over the course of the evening in Music City USA.

Notes from the road: Johannesburg 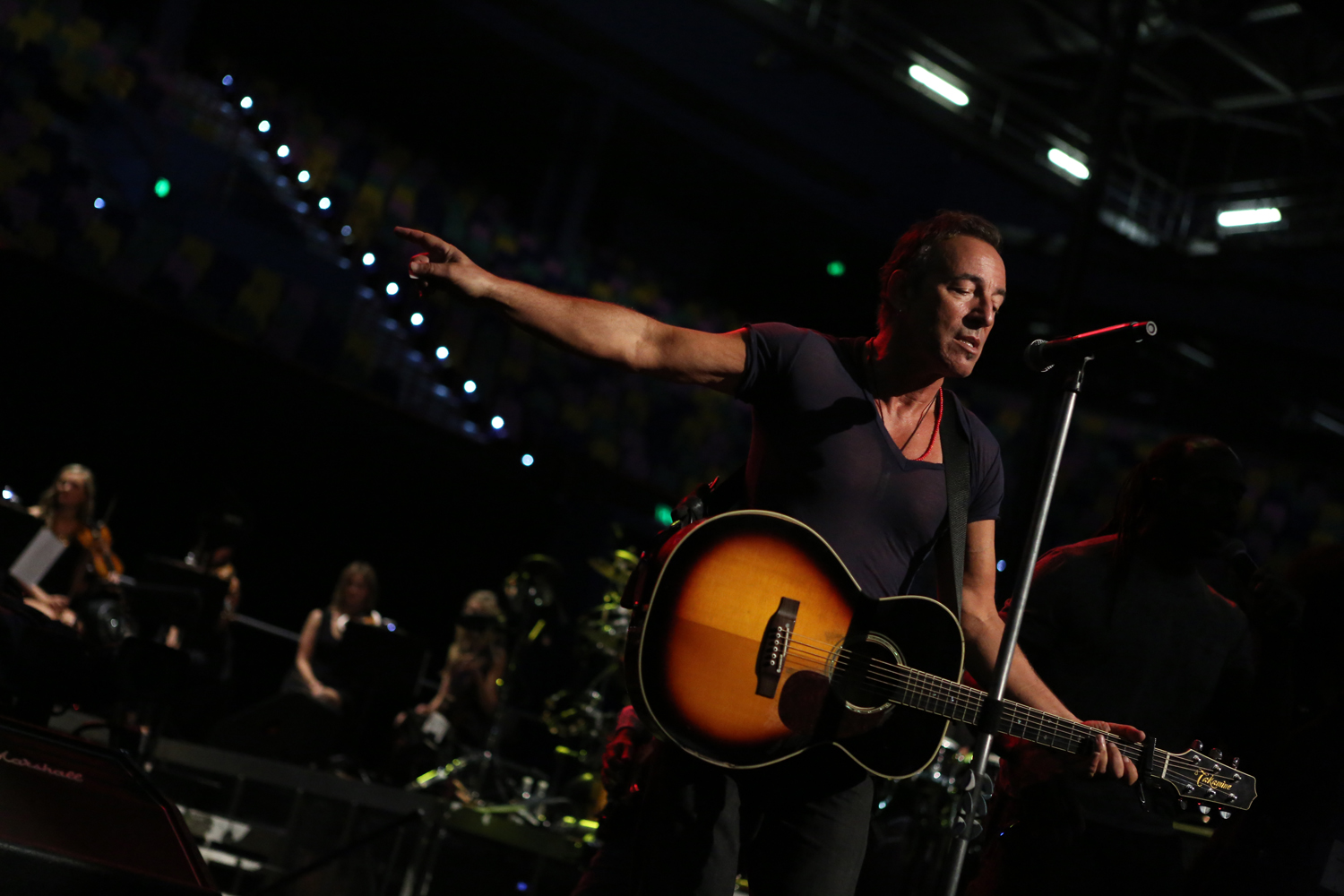 Photos from the road: Brisbane February 26 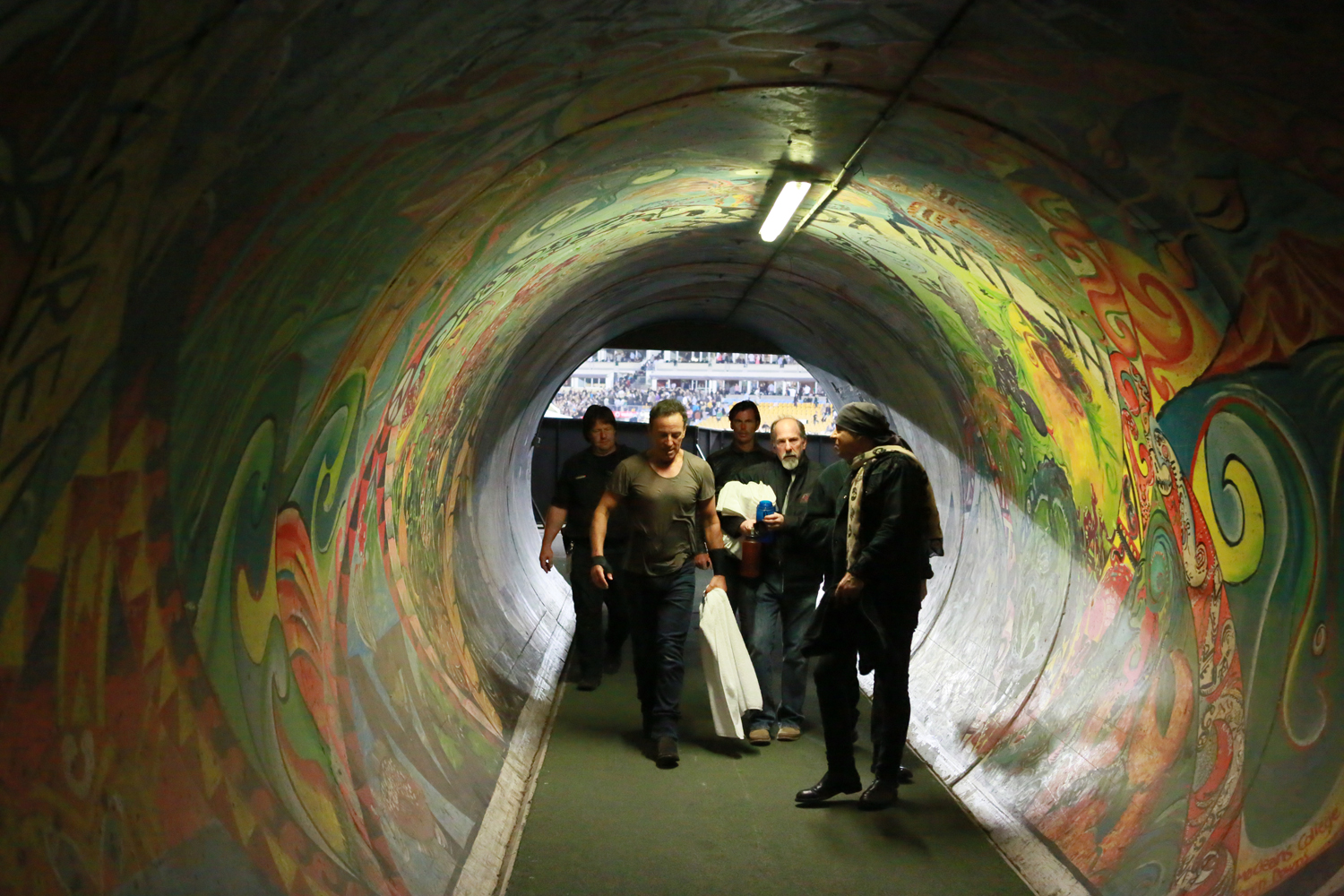 Photos from the road: Auckland March 1