Bruce Springsteen loves Pittsburgh, and The Burgh loves him back.

From the days at the Stanley Theatre (still there, different name) to the Soldiers and Sailors Hall and Nick’s Fat City, this has been a romance built to last. Sadly the iconic Civic Arena (aka The Igloo) is now a Wrecking Balled parking lot, but the shiny new joint across the street is, in fact, built on holy ground.

Walking into Consol Energy Center on Tuesday night, the big question was, how do you raise the bar on what happened in Charlotte? You do a completely different-themed show. And how is it that a man and a band that you first saw in 1976 can take you to the same heights in 2014? By proving it all night.

You would have had a better chance of winning the Pennsylvania Lottery than you would have had at guessing Tuesday’s first song. It was The Clash, and it wasn’t “London Calling.” To most in the audience, it was a total obscurity: a fierce “Clampdown.” From that point forward, it was everything you have ever loved about Bruce Springsteen & the E Street Band and more: the iconic songs that are never short of exhilarating – “Badlands,” “The Promised Land,” “Born to Run” – and the sort of rarities, on-the-fly changes to the set list and requests that personalize each show.

Even the things you think you know about a Springsteen show are never givens. Usual encore number “Seven Nights to Rock” was upfront at No. 5, capping an incredible three-song run that began with the full-band “Johnny 99” and continued with the tour premiere of the now-rarely played “Stand on It.”Back to “Seven Night to Rock,” Patti stole the song, just as she did with “Talk to Me” at Virginia Beach 10 days earlier. Here, she was the tease, joining her husband at the center mic and stopping him in his tracks with the line, “A different boy every night.”

But as rare as “Stand on It” is, Springsteen pulled out an even bigger surprise – three times: After “Hungry Heart,” he fulfilled a sign request with a delightful “I Wanna Be With You,” performed only twice since 1999; opened the encores with a gorgeous solo piano rendition of “The Promise”; and made “Frankie Fell in Love” the middle of three songs played with Pittsburgh native Joe Grushecky.

A gut-wrenching “Back in Your Arms” after “I Wanna Be With You” signaled a change in tone, from the party atmosphere that opened the show to a sequence of songs that revealed the deeply moral and spiritual side to Springsteen’s music. From the economic ruin of nearby “Youngstown” to the social disconnect of “Radio Nowhere” to the pairing of “The Wall” and a refreshed “Born in the U.S.A.,” this portion of the show was both personal and universal in its execution.

Tuesday night, it was clear that Tom Morello was not just a great guitar player in the role of hired gun, but part of the fabric of the E Street Band; similarly, Joe Grushecky and his son, Johnny, are no longer simply guests, but part of the E Street family. In fact, on stage, Springsteen announced two shows at the aforementioned Soldiers and Sailors Hall in late May where Bruce will be the guest.

For veteran Pittsburgh audiences, Tuesday’s “Land of Hope and Dreams” felt especially appropriate because Consol sits on land once owned by the Church of the Epiphany that sits next door; for years, that Catholic church held a 2:30 a.m. Sunday Mass that often attracted, among others, the whores and gamblers of the night. Pittsburgh is no longer Steel Town. From McKeesport to Homestead, the mills where our fathers worked are all gone. But Bruce Springsteen’s love for this city endures. And he will always be one of us. 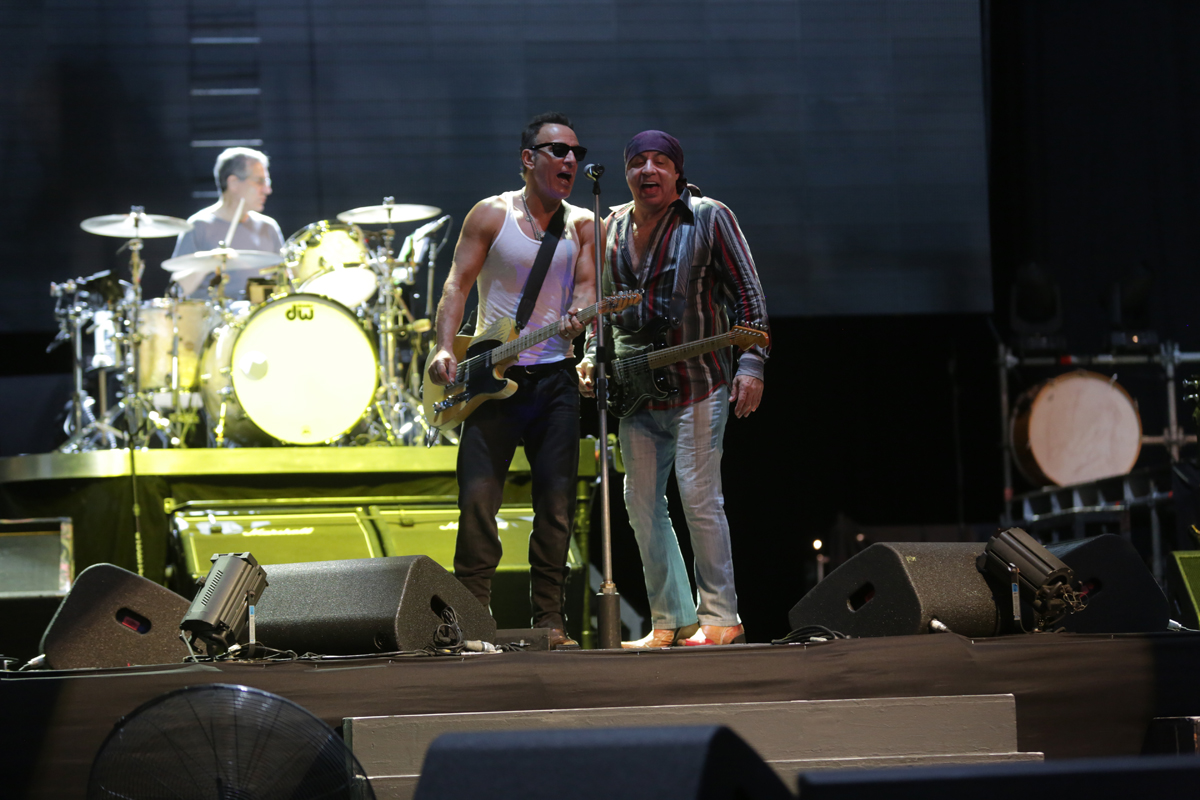 “Spill the Wine” and “Seeds” From Hunter Valley, February 23 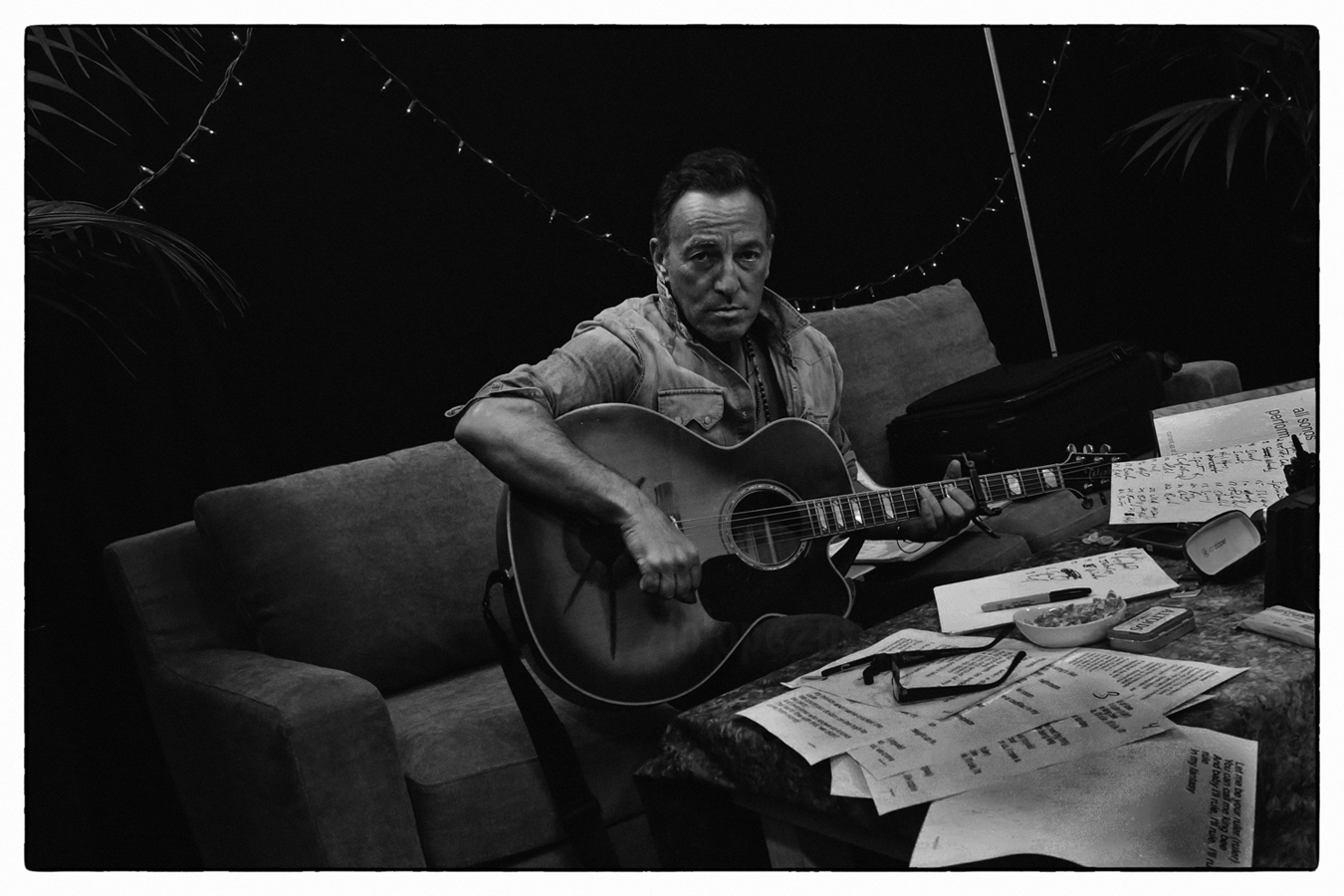 Photos from the road: Auckland March 2