A two-hour-and-forty-minute show with the last song played with as much energy as the first? Who in the world would have such a repertoire to deliver a show this long without missing a beat? It’s a select club open to only a few members these days, and Bruce Springsteen is for sure one of them.

Lights off. The E Street Band walk on stage with Bruce following last and his yellow Telecaster hangin’ on his shoulder. Soon after, the Band plays a groovy Motown arrangement. As The Boss starts singing, jaws dropped. There goes a full band complete with horns version of “Sociedade Alternativa,” from the very much missed Raul Seixas, one of the biggest names in Brazilian music. So much so, here in Brazil, the audience usually screams, “Play Raul,” at every show, just like the Americans plead for Lynyrd Skynyrd’s “Freebird” even at a Plácido Domigo concert.

Before the applause even stops, Bruce counts off to four and the first classic of the night launches: “Badlands,” a song about rising above the things that hold us down, sung by the crowd in one furious voice. Maybe because of the ethical crisis Brazilian politics face lately, lines like “I wanna spit in the face of these Badlands,” make too much sense to us Brazilians nowadays.

The following song, “Spirit in the Night,” came to make one thing clear: this was not only a show but a collaborative experience between Bruce and Rio. The audience is not only encouraged to sing, dance, wave and clap their hands to encourage the E Street Band, but they’re also needed to hold Bruce up while he climbs the barricades, to be the special little boy who sings the chorus of “Waitin’ on a Sunny Day” and commands the E Street Band to play, and to join Bruce on stage to dance like Courteney Cox in the “Dancing in the Dark” video.

Another big surprise of the evening was Bruce’s announcement, in Portuguese no less, that the band would perform the classic and hugely successful album “Born in the USA” in full. Once again, it’s a small club of artists who can perform an album back to front in a big festival show and have the crowd know every word and scream for every song.

Recognizing that he is supported by an incredible band, who is quick to meet every demand, Bruce generously shares the spotlight with each member. Nils Lofgren shined with guitar solos on “Cover Me” and “The Rising”; Max Weinberg’s drum solo by the end of “Born in the USA;” the great vocal performance of Cindy Mizelle on “Shackled and Drawn,” when Bruce called every member of the band to dance with him in front of the stage; Jake Clemons stole the scene with his “Thunder Road” sax solo. And who can forget Little Steve Van Zandt? He’s a show by himself with great guitar work and as the perfrect comedic foil for Bruce.

A hallmark of Bruce’s career is that he refuses to be the guy who rests on his laurels, touring only to play songs for easy money and nostalagia. With that, the Rock In Rio concert included several highlights from his latest, Wrecking Ball, like “Death to My Hometown”, “Shackled and Drawn,” and “Land of Hopes and Dreams.” Everyone in the crowd knew the lyrics and sang along, which proves that after forty years, Springsteen still delivers great and relevant music.

But the most moving moments were yet to come. “Thunder Road” and “Born to Run” were played in sequence, making everyone forget their weariness as the clock neared 3:00 am and scream the lyrics from the top of their lungs. “Tenth Avenue Freeze-out” touched every heart with a beautiful tribute to the late and sorely missed E Street Band members Clarence Clemons and Danny Federici.

To finish the set list, Bruce called the band down to the front of the stage to watch the fireworks exploding overhead, celebrating the end of a momentous day at Rock In Rio. The performed a mash-up of “Twist and Shout” with “La Bamba,” turning the festival lawn into a dance floor. The crowd demanded an encore and Bruce returned to the stage alone with his guitar and harmonica to play the beautiful and hopeful “This Hard Land,” promising that he and the E Street Band will be back to Brazil sooner than we expect.

After all these years apart,  Bruce came back to Brazil and played two epic sets, making the fans happy, and sparking a new generation of Springsteen loyalists. What we saw and felt in Rio last night is hard to describe but very easy to remember for a lifetime. Historical! 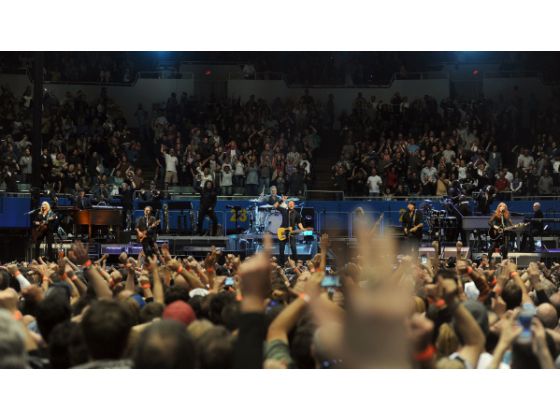 “One for the local concert history books,” says The OC Register 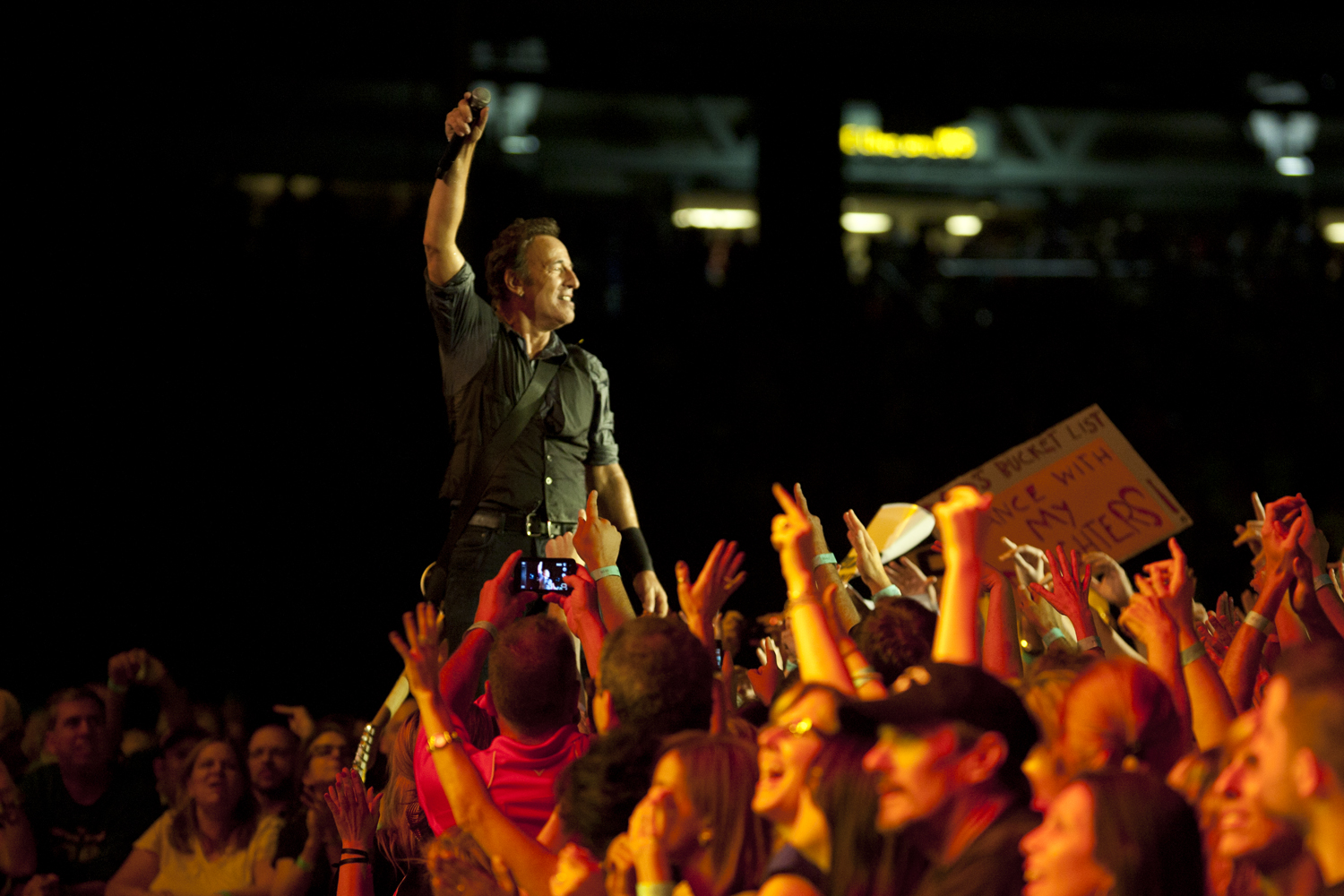 Notes from the road: Hannover